When you bring something as wonderful as a dog into your life, you are making a very wise decision. If you are caring for that dog and it is lucky with health issues, you could be enjoying a long, long time together. However, as any dog owner will know, having a dog live for a long time can be quite the challenge. All it takes is one accident or one medical issue, and that amazing time together could be cut short. Therefore, it is vital that you always take the time that you have with your dog as a blessing. Much like the time we get with our loved ones, we do not know when it will end.

However, if your dog is cared for and it has luck on its side with regards to health then it could reach its natural age. Every dog breed has its own ages and general lifespans, so you always need to be aware of what you getting yourself in for. Some dog breeds can live for a very long time, while others live much shorter lives due to a combination of risk factors and lifestyles.

If you want to work out how old your dog is, though, you might want to take a look at our new dog age chart. This chart can give you all of the information that you need to better understand the age of your dog. Then, you can more reliably prepare for their future and how many years you should have left together.

The age of a dog can be a tough thing to work out, though. To help you get a better idea of dog ages, this guide will break down what you need to understand.

For many years, people would calculate the lifespan of their dog based on the old ‘7 to 1’ rule. This was the old adage that was used, where one dog year was the equivalent of seven years for a dog. However, this is not really the way that it works. While this became a popular talking point for those who owned dogs, further research over the years has shown this calculation to be more than a touch wrong.

The main thing to remember is that the formula is just that – a formula. It has been researched, improved upon, and refined for better accuracy. However, you should not rely upon the ‘7 to 1’ rule as it has been shown to be a pretty unreliable indicator of how long your dog is going to be able to live.

Keep that in mind, as many people are still going by this rule. If you want a more realistic appraisal of the age of your dog, there are many more factors that come into the thought process. The general reason for this ‘rule’ was that most people assume that while the average human lived to around 70 (when this rule was thought up, anyway), the average dog would live until about 10. So, in the eyes of many, this meant that the 7-for-1 ruling was about as accurate as could be.

However, we have learned over the years that there are many more factors that can drive and decide how long a dog is going to live for. Today, the lifespan of a dog is as dependant on their lifestyle and how they are cared for as opposed to things like the ruling listed above.

Keep that in mind, as many still believe this is the case.

How do you calculate the age of a dog*?

So, as it stands there are various ways to try and work out how old a dog might be. There are many factors that you need to work out and take into consideration. Typically, though, the major bodies who study dogs and their general health believe that you can work out more along the lines of a dog ageing five years for every one year.

This is a rough estimate, and it can change depending on the breed, lifestyle of the dog, and various other factors. Typically, though, the age of your dog will break down to something akin to nine years for a dog is roughly equivalent to age nine of a human by the time they reach their second year of life. However, it is believed that the first year of a dog of average size can equal that of around 15 human years. So, as you can see, the ageing process for a dog is far more complex than the old understanding of 7-to-1.

Working out the age of a dog in human years, then, means that you are typically looking at around each human year being around five years to a dog. The first two years, though, can make up as much as 24 years of their life if you were to break it down into human numbers.

The ageing process of a dog is very unique and it can be quite hard to break down into the own terms that we use. Much like many other factors in their life, dogs do not operate on the same scale as humans. This is the same for their ageing process; if you want to break it down into ‘years’ then the numbers become skewed.

Why do we use this counting process for dog age?

There are numerous factors to take into account when looking at the age of a dog, and researchers have argued over this for a long time now. The number of factors that can impact a dog can range from its breed to its size. Larger dogs are more likely to live a shorter life than smaller dogs, as they reach seniority at a younger age. A smaller dog is normally seen to be of senior age by the time it reached around seven years of age; a larger dog, though, could be around five or six when they reach seniority.

Keep that in mind, as the ageing of a dog is totally different from even other dog breeds. This means that you should be looking to find out what age a dog is before you invest in it. Larger dogs can be reaching a lower quality of life as they break the 5-6 age barrier, while smaller dogs can easily hit the 7-age barrier and still have plenty of juice in the tank.

After these age groups, it is common to see more common trips to the vet as you try and get your dog help. the average life expectancy for a larger dog can be something in the region of 7 to 10 years. Smaller dogs, though, could live for a few years longer than this.

There is no cut and dried way to calculate accurately. The best thing that you could do is look into the age of your pet and work out when you bought the pet and what age it was supposed to be then. Every breed has its own dog age ranges for seniority, so you need to understand seniority as opposed to its flat age.

The size confusion with pets

There is confusion among pet owners as to why dogs seem to break the general wisdom of the animal kingdom. Larger animals tend to live much longer than smaller animals. However, when you get to dogs, that swaps on its head; the smaller dog is most likely always going to survive longer than a larger dog if you are going on pure natural ageing.

There is no official reason for this yet, as researchers can only often offer some kind of theory as to why a smaller dog can outlive a larger dog. The main reasons that are usually offered up as an explanation tend to be built around the extra pressure being put on the body. The average conclusion by some researchers is that for every 4lbs or so that a dog has of mass reduces their average lifespan by around one month.

However, these are still just theories and as it stands there is no real agreed reasoning in the scientific community for this. Some suggest that larger bodies can lead to more chances for abnormal cell growth. This, though, is still a topic that is widely debated within the science world.

Typically, then, you could be looking to see your dog reach anything from 12-15 in ‘dog years’ by the end of its first year in life. In ‘human’ years, then, we can see dogs reach anything from around the human age of 80 to well into their 100s; it just depends on the dog. For the most part, though, the average lifespan of a dog can be anything from 10-16 years.

You should look to carry out more bespoke research on the breed of dog that you own so that you can better prepare for its age and any issues that tend to come along with age in a dog. 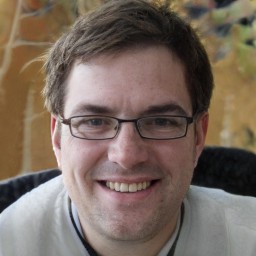